shapp |sh app|
noun
A colloquial conjugation of the words “shit” and “app”, which refers to an application, most likely distributed via Apple Inc.’s App Store, that is poorly designed, implemented, or both. The man was quite frustrated due to the large number of shapps in the App Store.

My company now has two apps available on the App Store, both of which are certainly not “shapps”. I’m honestly not sure why one of them hasn’t been mentioned here before, considering it has been available for quite a while. I suppose that is due to its price tag and the lack of need for promotion (it’s fairly self-driven). The second of the two is one that I’ve mentioned here briefly, but has been a common topic on my Twitter feed.

> [MathTasks](http://itunes.apple.com/us/app/mathtasks/id324981381) (link opens iTunes) is a utility application designed to simplify the solving of common math problems. It has a database of equations/formulae that are presented to you in both LaTeX rendered images, and basic variable input forms. It can then take the variables you input and solve each equation. MathTasks is free.

> [Five Square](http://itunes.apple.com/us/app/five-square/id345017981) (link opens iTunes) is a solitaire-type card game, unique to the iPhone/iPad. It takes traditional solitaire games and almost completely removes the element of luck: winning any given Five Square layout requires planning, strategy, and knowledge of the game. Five Square comes in both regular and [HD Versions](http://itunes.apple.com/us/app/five-square-hd/id364907139) (link opens iTunes) for the iPhone and iPad, respectively. Full disclosure: I *not* the lead developer on either of these applications. The MathTasks team is headed up by [Preston M.](http://twitter.com/mathcolo), and [George Woodliff-Stanley](http://twitter.com/gmws82) is the lead on Five Square. Both apps, however, are distributed by my company, Opt-6 Products, LLC. I’m not going to link to the corporate site right now, because it’s a mess. </shamelessplug> Okay! Now that we have that out of the way, let’s get to the meat of this article: my rant. I develop for the Mac primarily, but recently I’ve been working more with George on iPhoneOS[^1] development. I’ve got to say, this stuff takes *a lot* of work. The devices vary greatly in performance, and the APIs are much more limited than those found on the Mac. I don’t deny that it is a great platform that Apple has created: it definitely is, but I will say that I found the transition from Mac to iPhone development difficult. Don’t worry, I’m getting to the point soon. Because of how much work George and I have put into Five Square, I am getting increasingly frustrated with the quality of the apps available on the App Store. I believe that showing my application next to thousands of other *shapps* is perfectly fine: it accents my app’s quality. But the issue is that there is no way for me to point the light on my app without it getting blocked out by the cluster of shapps surrounding it. I can already hear some of you shouting *“But Carter! That’s what advertising is for!”* And to that I will tell you that I have marketed the *hell* out of Five Square. Or at least I’ve tried. Multiple ads on major networks, attempts at independent reviews, hiring a dedicated PR person: the whole nine yards. Nothing has worked, and I sincerely believe that it is because people just can’t find it. I don’t have a big name behind me, or millions of dollars to spend on ad revenue, and thus I simply can’t drive people to my application. It isn’t locatable through browsing (at least not without a *ton* of browsing), and a search has to be thoughtfully formatted for the person to find Five Square. Enough about me! Let’s talk about the different types of shapps. ## You’re a Giant Corporation! Hire a Designer! ## EA is the obvious target. I’m not big on the design for any of their apps, and yet they top the charts constantly due to the big name behind them. There are plenty of apps in the same categories/genres that beat the crap out of the EA apps in both design and usability, and yet they don’t become popular due to the lack of a big name. Case in point: [EA’s Battleship](http://www.eamobile.com/iphone-games/battleship) 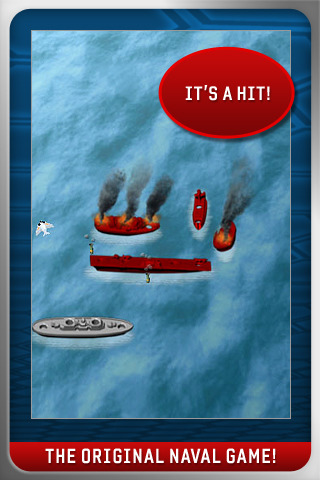 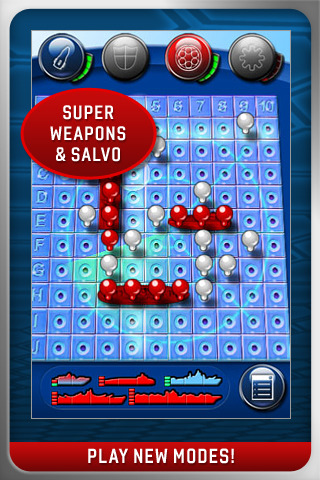 Need I say more? Okay, fine, I will. The gradients are harsh and unnecessary, the images are quite aliased, the buttons look like they’ve had every possible effect (along with a small pile of shit) applied to them, and the tap areas are too small. To get a bit more detailed, the glyphs in the buttons should be thicker (they’re difficult to see right now), and the water background looks more like they took a solid blue image and applied a watercolor filter to it.

And then remember when I said that there were other apps that could beat out the most popular ones? Here is an example: Warships, by Edovia 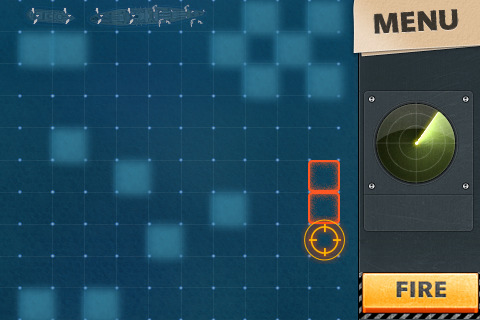 This is just a tiny peek at the app, but I can assure you that its design is far better than EA’s original version. It addresses all of the complaints I listed above: gradients are subtle, images are smooth, buttons are nicely emphasized, tap areas are correctly sized, and the water background doesn’t look nearly as cheesy.

The conclusion here is that EA’s Battleship is absolutely a shapp.

You’re an Indie Dev, but Your App is Topping the Charts! Hire a Designer!

Indie Devs, listen: I’m with you. I understand that designers are expensive, and I get it. But if your app is charting in the paid category, you absolutely have enough cash to get hire a designer. There are even apps that as of now are in the top 10 that clearly have had no design consultation, let alone full design work. I’m sorry, but most developers are not good designers. That isnt me trying to insult other developers: I’m not a good designer at all. All I’m saying is that from the developers I know, most are not the best designers themselves.

I would kill to get Five Square as popular as this fucking app. For the record, at the time I am writing this, “Big Button Box Pro” is the 5th post popular paid application on the App Store. Two questions immediately come from that statement. First off, why the hell is it so popular? Second, people pay for that thing‽ I just don’t understand it.

What the Fuck Were You Thinking‽

I saved this category for last just because I think these are the most annoying apps. I don’t think that I need to explain what this category represents, the example speaks for itself. 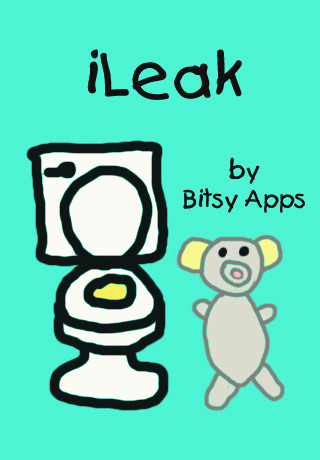 Write your own damn speech. I think it’s pretty obvious.

Okay, I lied. One quick bit of info here. The screenshot above is the only screenshot provided. The description for the app is this (direct quote, nothing removed):

Enjoy the wonderful sounds of leaking things (and people).

Stop writing shapps. Actually, scratch that. Stop releasing shapps and ruining the App Store. I think it is truly remarkable that apps like the ones I’ve posted above got into the App Store, but Five Square 1.0 was originally rejected for using Apple’s Reply icon to symbolize Undo. I’m not saying that isn’t valuable critique, but there is a time and a place for it. If Apple wants the time and place to be their review table at submission time, that’s fine with me. They just need to hold everyone to the same standard.

If you can think of any other categories of shapps, or think you have the perfect example for one of the categories above, please let me know in the comments!

[^1]: When I say “iPhoneOS”, I am referring to any development targeting the iPhone, iPod Touch, or iPad.